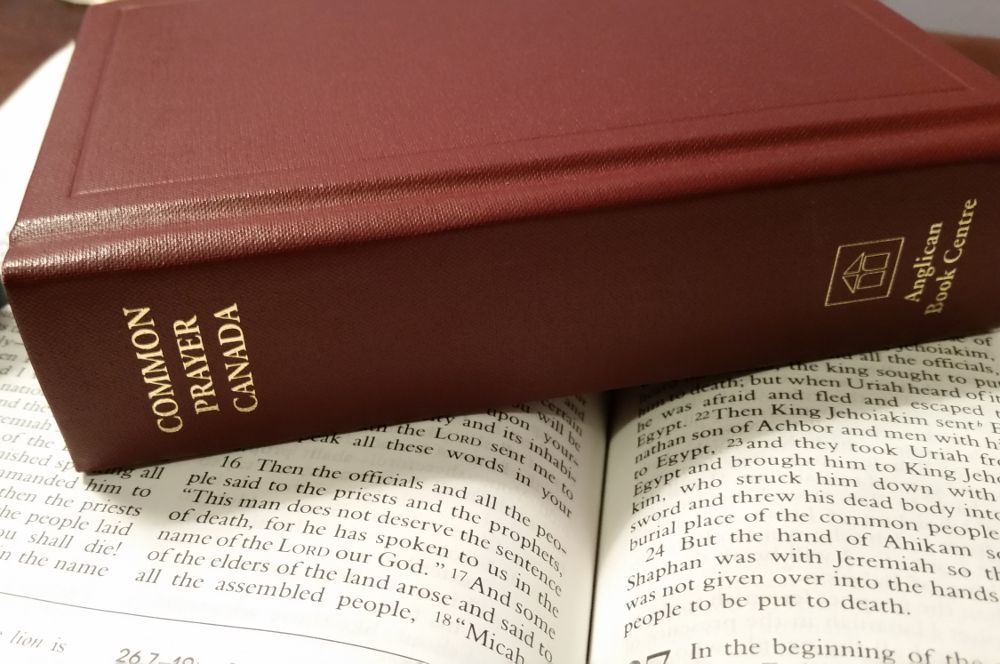 As Anglicans we do not define our doctrine in a single confession. Our beliefs are articulated in our liturgies. Anglicans have an ancient principle, "Lex orandi, lex credendi" or "the law of prayer is the law of belief."

Anglican tradition affirms three historic creeds: the Apostles’ Creed, the Nicene Creed, and the Athanasian Creed. We also share some statements of essential agreement and discussion, such as the Five Marks of Mission of the Anglican Communion.

As part of the people of God we proclaim and celebrate the gospel of Jesus Christ in our worship and action.

We value our heritage of biblical faith, reason, liturgy, tradition, order, and the rich variety of our life in community.

We acknowledge that God is calling us to greater diversity of membership, wider participation in God's mission in our world, better stewardship in God’s creation and a stronger resolve in challenging attitudes and structures that cause injustice.

Guided by the Holy Spirit, we commit ourselves to respond to this call in love and service and so more fully live the life of Christ.

Five Marks of Mission of the Anglican Communion

Written forms of this creed date back to the third century. It was composed in part as a response to Gnosticism, which denied the physical reality of Jesus. Today this creed serves as an ecumenical symbol of faith and is used in several Canadian Anglican liturgies including the service of baptism, and morning and evening prayer.

I believe in God, the Father almighty,
creator of heaven and earth.

I believe in Jesus Christ, his only Son, our Lord.
He was conceived by the power of the Holy Spirit
and born of the Virgin Mary.
He suffered under Pontius Pilate,
was crucified, died, and was buried.
He descended to the dead.
On the third day he rose again.
He ascended into heaven,
and is seated at the right hand of the Father.
He will come again
to judge the living and the dead.

I believe in the Holy Spirit,
the holy catholic Church,
the communion of saints,
the forgiveness of sins,
the resurrection of the body,
and the life everlasting. Amen.

This creed arose from the Council of Nicaea, held in 325 CE. The council sought to address the heresy of Arianism, which asserted that the Son of God was not eternal, but created by the Father.

We believe in one God,
the Father, the Almighty,
maker of heaven and earth,
of all that is, seen and unseen.

We believe in one Lord, Jesus Christ,
the only Son of God,
eternally begotten of the Father,
God from God, Light from Light,
true God from true God,
begotten, not made,
of one being with the Father.
Through him all things were made.
For us and for our salvation
he came down from heaven:
by the power of the Holy Spirit
he became incarnate from the Virgin Mary,
and was made man.
For our sake he was crucified
under Pontius Pilate;
he suffered death and was buried.
On the third day he rose again
in accordance with the scriptures;
he ascended into heaven
and is seated at the right hand of the Father.
He will come again in glory
to judge the living and the dead,
and his kingdom will have no end.

We believe in the Holy Spirit, the Lord, the giver of life,
who proceeds from the Father.
With the Father and the Son
he is worshipped and glorified.
He has spoken through the prophets.
We believe in one holy catholic
and apostolic Church.
We acknowledge one baptism
for the forgiveness of sins.
We look for the resurrection of the dead,
and the life of the world to come. Amen.

This creed was attributed to St. Athanasius, bishop of Alexandria, but was probably written by another fifth-century theologian whose name is unknown. It is included in the Book of Common Prayer, but is used very rarely in current Anglican Church of Canada liturgies.