Readings and Prayers for Sunday, April 3 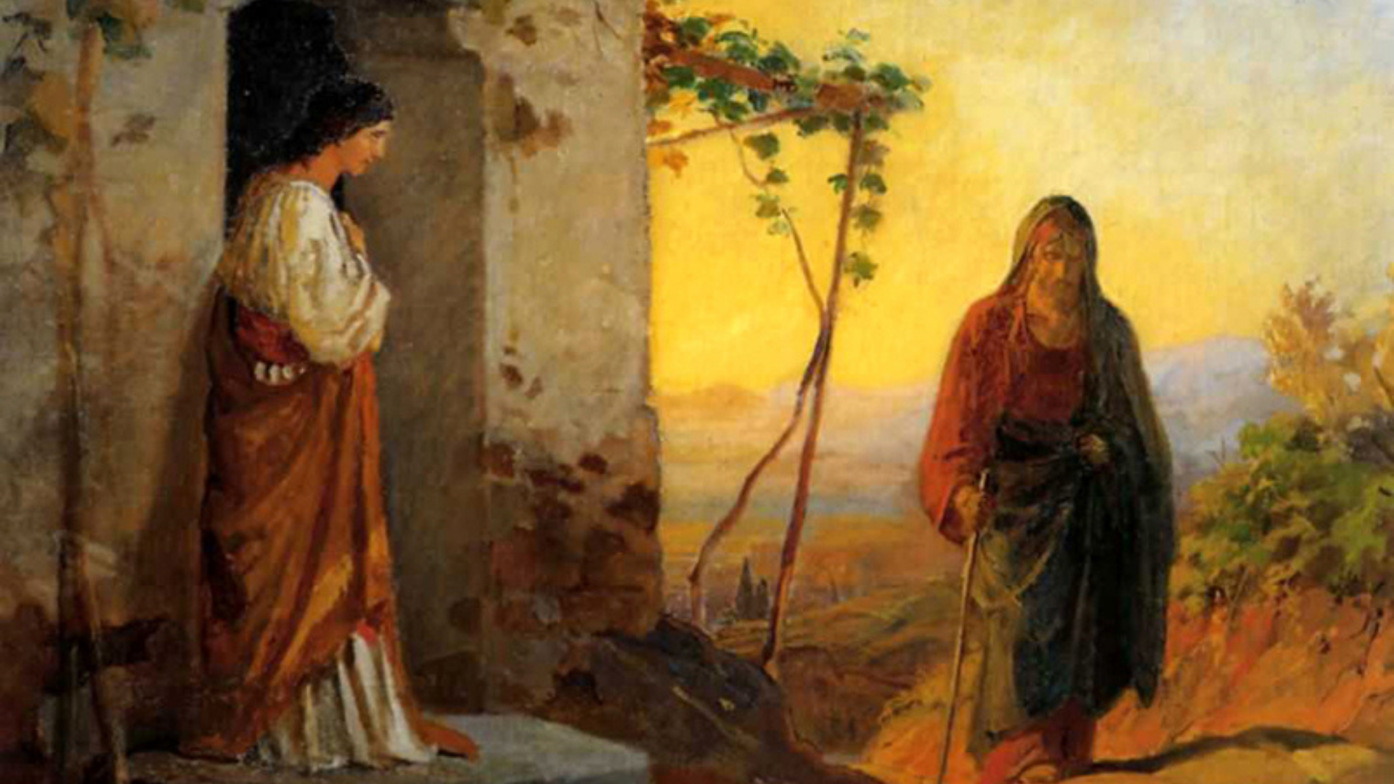 Our God makes all things new. In the first reading God promises it. In the gospel Mary anticipates it, anointing Jesus’ feet with costly perfume in preparation for the day of his burial. In the second reading Paul recalls his transformation from the persecutor Saul into an apostle. In baptism, God’s new person (you!) rises daily from the deadly mire of trespasses and sins.

Creator God, you prepare a new way in the wilderness and water the desert. Help us to recognize your hand working miracles beyond our imagining. Open our hearts to be transformed by the new thing you are doing, so that our lives may proclaim the extravagance of your love for all, and its presence in Jesus Christ.. Amen.

The prophet declares that long ago God performed mighty deeds and delivered Israel from Egyptian bondage through the waters of the sea. Now, God is about to do a new thing, bringing the exiles out of Babylon and through the wilderness in a new Exodus.

16Thus says the Lord,
who makes a way in the sea,
a path in the mighty waters,
17who brings out chariot and horse,
army and warrior;
they lie down, they cannot rise,
they are extinguished, quenched like a wick:
18Do not remember the former things,
or consider the things of old.
19I am about to do a new thing;
now it springs forth, do you not perceive it?
I will make a way in the wilderness
and rivers in the desert.
20The wild animals will honor me,
the jackals and the ostriches;
for I give water in the wilderness,
rivers in the desert,
to give drink to my chosen people,
21the people whom I formed for myself
so that they might declare my praise.

1When the Lord restored the for- | tunes of Zion,
then were we like | those who dream.
2Then was our mouth filled with laughter, and our tongue with | shouts of joy.
Then they said among the nations, “The Lord has done great | things for them.”
3The Lord has done great | things for us,
and we are | glad indeed.
4Restore our for- | tunes, O Lord,
like the watercourses | of the Negeb. R
5Those who | sowed with tears
will reap with | songs of joy.
6Those who go out weeping, carry- | ing the seed,
will come again with joy, shoulder- | ing their sheaves. R

Writing to Christians in Philippi, Paul admits that his heritage and reputation could give him more reason than most people to place confidence in his spiritual pedigree. But the overwhelming grace of God in Jesus calls Paul to a new set of values.

[Paul writes:] 4bIf anyone else has reason to be confident in the flesh, I have more: 5circumcised on the eighth day, a member of the people of Israel, of the tribe of Benjamin, a Hebrew born of Hebrews; as to the law, a Pharisee; 6as to zeal, a persecutor of the church; as to righteousness under the law, blameless.
7Yet whatever gains I had, these I have come to regard as loss because of Christ. 8More than that, I regard everything as loss because of the surpassing value of knowing Christ Jesus my Lord. For his sake I have suffered the loss of all things, and I regard them as rubbish, in order that I may gain Christ 9and be found in him, not having a righteousness of my own that comes from the law, but one that comes through faith in Christ, the righteousness from God based on faith. 10I want to know Christ and the power of his resurrection and the sharing of his sufferings by becoming like him in his death, 11if somehow I may attain the resurrection from the dead.
12Not that I have already obtained this or have already reached the goal; but I press on to make it my own, because Christ Jesus has made me his own. 13Beloved, I do not consider that I have made it my own; but this one thing I do: forgetting what lies behind and straining forward to what lies ahead, 14I press on toward the goal for the prize of the heavenly call of God in Christ Jesus.

Judas willfully misinterprets as waste Mary’s extravagant act of anointing Jesus’ feet with costly perfume. Jesus recognizes that her lavish gift is both an expression of love and an anticipation of his burial.

1Six days before the Passover Jesus came to Bethany, the home of Lazarus, whom he had raised from the dead. 2There they gave a dinner for him. Martha served, and Lazarus was one of those at the table with him. 3Mary took a pound of costly perfume made of pure nard, anointed Jesus’ feet, and wiped them with her hair. The house was filled with the fragrance of the perfume. 4But Judas Iscariot, one of his disciples (the one who was about to betray him), said, 5“Why was this perfume not sold for three hundred denarii and the money given to the poor?” 6(He said this not because he cared about the poor, but because he was a thief; he kept the common purse and used to steal what was put into it.) 7Jesus said, “Leave her alone. She bought it so that she might keep it for the day of my burial. 8You always have the poor with you, but you do not always have me.”