Readings and prayers for Sunday, April 24 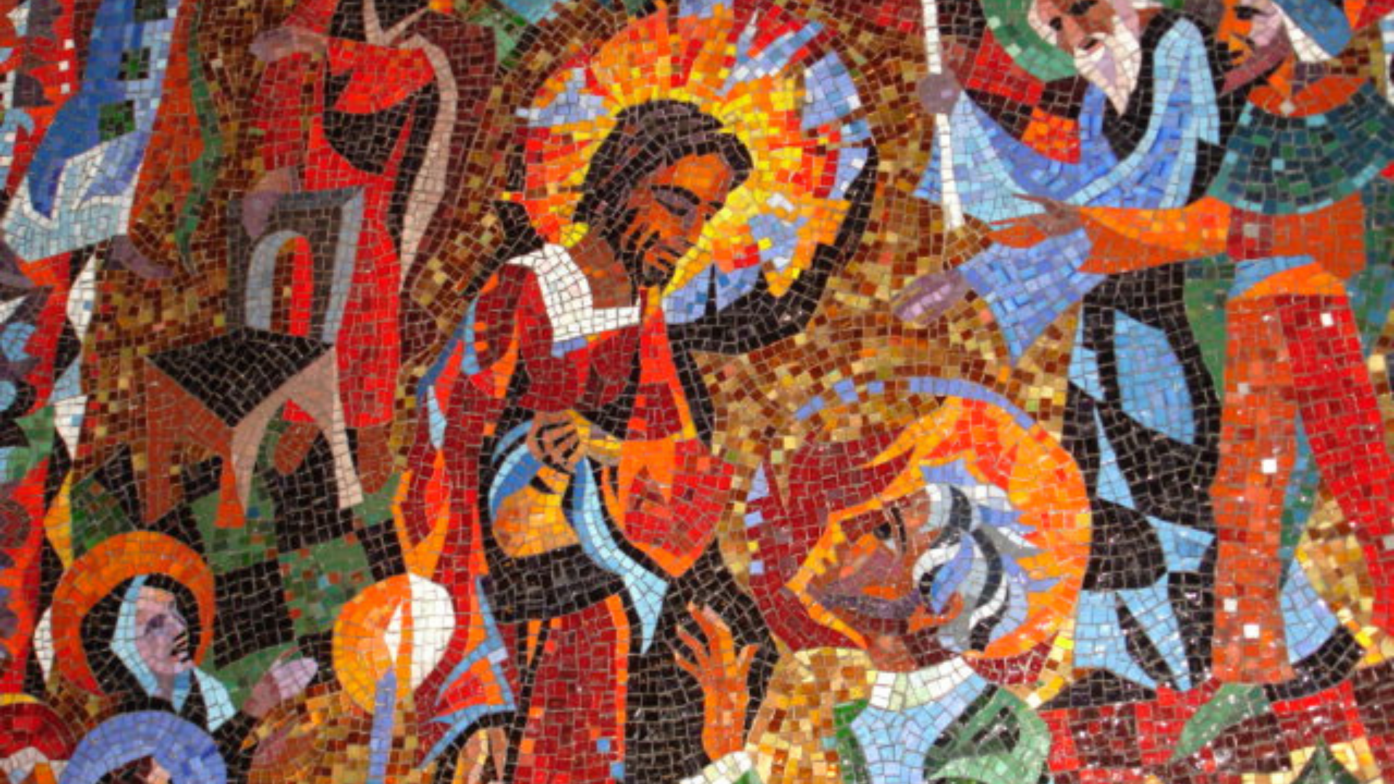 O God, you gave your only Son to suffer death on the cross for our redemption, and by his glorious resurrection you delivered us from the power of death. Make us die every day to sin, that we may live with him forever in the joy of the resurrection, through your Son, Jesus Christ our Lord, who lives and reigns with you and the Holy Spirit, one God, now and forever. Amen.

Peter has been arrested for proclaiming the good news of Jesus’ death and resurrection. His response to the charges of the high priest summarizes the early church’s proclamation of forgiveness of sin through repentance.

27When they had brought [the apostles,] they had them stand before the council. The high priest questioned them, 28saying, “We gave you strict orders not to teach in this name, yet here you have filled Jerusalem with your teaching and you are determined to bring this man’s blood on us.” 29But Peter and the apostles answered, “We must obey God rather than any human authority. 30The God of our ancestors raised up Jesus, whom you had killed by hanging him on a tree. 31God exalted him at his right hand as Leader and Savior that he might give repentance to Israel and forgiveness of sins. 32And we are witnesses to these things, and so is the Holy Spirit whom God has given to those who obey him.”

The book of Revelation recounts a mystical vision of the risen Christ experienced by a Christian prophet named John. Here he describes Christ as a timeless redeemer, the beginning, present, and end of all time.

4John to the seven churches that are in Asia:
Grace to you and peace from him who is and who was and who is to come, and from the seven spirits who are before his throne, 5and from Jesus Christ, the faithful witness, the firstborn of the dead, and the ruler of the kings of the earth.
To him who loves us and freed us from our sins by his blood, 6and made us to be a kingdom, priests serving his God and Father, to him be glory and dominion forever and ever. Amen.
7Look! He is coming with the clouds;
every eye will see him,
even those who pierced him;
and on his account all the tribes of the earth will wail.
So it is to be. Amen.
8“I am the Alpha and the Omega,” says the Lord God, who is and who was and who is to come, the Almighty.

The unprecedented events of the day of resurrection continue as the risen Jesus appears to his fearful disciples. A week later, after Thomas worships Jesus, Jesus pronounces that the blessings of the resurrection are also for those who “have not seen and yet believe.”

19When it was evening on that day, the first day of the week, and the doors of the house where the disciples had met were locked for fear of the Jews, Jesus came and stood among them and said, “Peace be with you.” 20After he said this, he showed them his hands and his side. Then the disciples rejoiced when they saw the Lord. 21Jesus said to them again, “Peace be with you. As the Father has sent me, so I send you.” 22When he had said this, he breathed on them and said to them, “Receive the Holy Spirit. 23If you forgive the sins of any, they are forgiven them; if you retain the sins of any, they are retained.”

24But Thomas (who was called the Twin), one of the twelve, was not with them when Jesus came. 25So the other disciples told him, “We have seen the Lord.” But he said to them, “Unless I see the mark of the nails in his hands, and put my finger in the mark of the nails and my hand in his side, I will not believe.”
26A week later his disciples were again in the house, and Thomas was with them. Although the doors were shut, Jesus came and stood among them and said, “Peace be with you.” 27Then he said to Thomas, “Put your finger here and see my hands. Reach out your hand and put it in my side. Do not doubt but believe.” 28Thomas answered him, “My Lord and my God!” 29Jesus said to him, “Have you believed because you have seen me? Blessed are those who have not seen and yet have come to believe.”

30Now Jesus did many other signs in the presence of his disciples, which are not written in this book. 31But these are written so that you may come to believe that Jesus is the Messiah, the Son of God, and that through believing you may have life in his name.