Readings and Prayer Intentions for Sunday, May 29 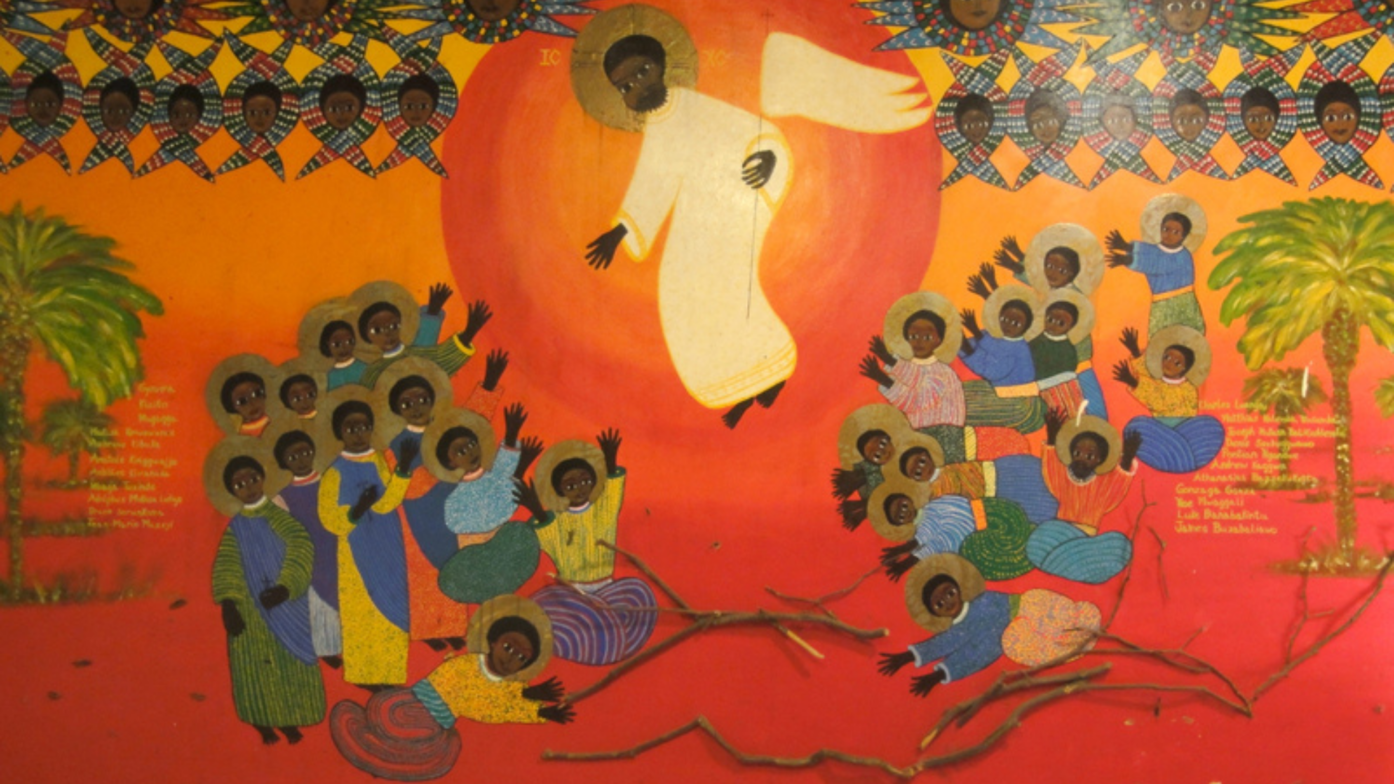 In today’s readings the risen Christ ascends into heaven and his followers are assured that the Spirit will empower them to be witnesses throughout the earth. The disciples are told to not gaze up into heaven to look for Jesus (Acts 1:11); we find his presence among us as we proclaim the word and share the Easter feast. We too long for the Spirit to enliven our faith and invigorate our mission.

Almighty God, your blessed Son, our Saviour Jesus Christ, ascended far above all heavens that he might fill all things. Mercifully give us faith to trust that, as he promised, he abides with us on earth to the end of time, who lives and reigns with you and the Holy Spirit, one God, now and forever. Amen.

Before he is lifted into heaven, Jesus promises that the missionary work of the disciples will spread out from Jerusalem to all the world. His words provide an outline of the book of Acts.

[Luke writes:] 1In the first book, Theophilus, I wrote about all that Jesus did and taught from the beginning 2until the day when he was taken up to heaven, after giving instructions through the Holy Spirit to the apostles whom he had chosen. 3After his suffering he presented himself alive to them by many convincing proofs, appearing to them during forty days and speaking about the kingdom of God. 4While staying with them, he ordered them not to leave Jerusalem, but to wait there for the promise of the Father. “This,” he said, “is what you have heard from me; 5for John baptized with water, but you will be baptized with the Holy Spirit not many days from now.”
6So when they had come together, they asked him, “Lord, is this the time when you will restore the kingdom to Israel?” 7He replied, “It is not for you to know the times or periods that the Father has set by his own authority. 8But you will receive power when the Holy Spirit has come upon you; and you will be my witnesses in Jerusalem, in all Judea and Samaria, and to the ends of the earth.” 9When he had said this, as they were watching, he was lifted up, and a cloud took him out of their sight. 10While he was going and they were gazing up toward heaven, suddenly two men in white robes stood by them. 11They said, “Men of Galilee, why do you stand looking up toward heaven? This Jesus, who has been taken up from you into heaven, will come in the same way as you saw him go into heaven.”

1Clap your hands, | all you peoples;
shout to God with a | joyful sound.
2For the Lord Most High is | to be feared:
a great king over | all the earth,
3who subdues the | peoples under us,
and the nations un- | der our feet;
4who chooses our inheri- | tance for us,
the pride of Jacob, | whom God loves. R
5God has gone up | with a shout,
the Lord with the sound | of the ram’s horn.
6Sing praises to | God, sing praises;
sing praises to our | king, sing praises. R
7For God is king of | all the earth;
sing praises | with a song.
8God reigns o- | ver the nations;
God is en- | throned on high.
9The nobles of the peoples have gathered as the people of the | God of Abraham.
The rulers of the earth belong to God, who is high- | ly exalted. R

Ever since the world began, your throne has been established. (Ps. 93:2)

1The Lord is king, robed in majesty; the Lord is robed in majesty and | armed with strength.
The Lord has made the world so sure that it can- | not be moved.
2Ever since the world began, your throne has | been established;
you are from | everlasting. R
3The waters have lifted up, O Lord, the waters have lifted | up their voice;
the waters have lifted up their | pounding waves.
4Mightier than the sound of many waters, mightier than the breakers | of the sea,
mightier is the Lord who | dwells on high.
5Your testimonies are | very sure,
and holiness befits your house, O Lord, forever and for- | evermore. R

The risen and exalted Christ reigns over the entire universe. The author of Ephesians prays that we are given the wisdom to know the power of the risen Christ and the empowering hope that the knowledge of this inheritance provides.

15I have heard of your faith in the Lord Jesus and your love toward all the saints, and for this reason 16I do not cease to give thanks for you as I remember you in my prayers. 17I pray that the God of our Lord Jesus Christ, the Father of glory, may give you a spirit of wisdom and revelation as you come to know him, 18so that, with the eyes of your heart enlightened, you may know what is the hope to which he has called you, what are the riches of his glorious inheritance among the saints, 19and what is the immeasurable greatness of his power for us who believe, according to the working of his great power. 20God put this power to work in Christ when he raised him from the dead and seated him at his right hand in the heavenly places, 21far above all rule and authority and power and dominion, and above every name that is named, not only in this age but also in the age to come. 22And he has put all things under his feet and has made him the head over all things for the church, 23which is his body, the fullness of him who fills all in all.

On the day of his ascension, Jesus leaves his disciples with a commission, a blessing, and a promise of the Holy Spirit.

44[Jesus said to the eleven and those with them,] “These are my words that I spoke to you while I was still with you—that everything written about me in the law of Moses, the prophets, and the psalms must be fulfilled.”45Then he opened their minds to understand the scriptures, 46and he said to them, “Thus it is written, that the Messiah is to suffer and to rise from the dead on the third day, 47and that repentance and forgiveness of sins is to be proclaimed in his name to all nations, beginning from Jerusalem. 48You are witnesses of these things. 49And see, I am sending upon you what my Father promised; so stay here in the city until you have been clothed with power from on high.”
50Then he led them out as far as Bethany, and, lifting up his hands, he blessed them. 51While he was blessing them, he withdrew from them and was carried up into heaven. 52And they worshiped him, and returned to Jerusalem with great joy; 53and they were continually in the temple blessing God.