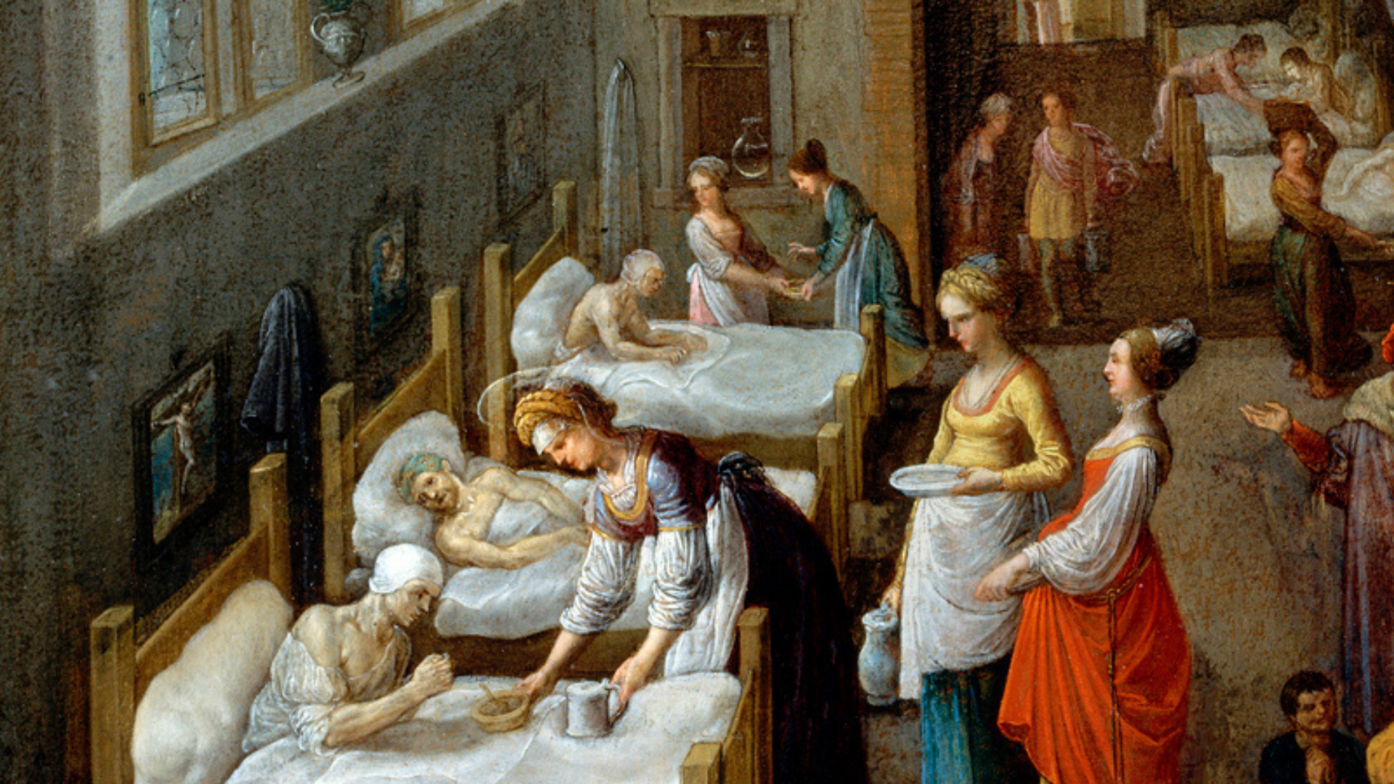 God is the source of our nourishment. Jesus’ invitation to “take and eat . . . take and drink” is a repeated one. In holy communion, in the word read and proclaimed, in the assembly of the people of God, the dominion of God has come near. Rejoice! Your name is written in heaven.

O God, the Father of our Lord Jesus, you are the city that shelters us, the mother who comforts us. With your Spirit accompany us on our life’s journey, that we may spread your peace in all the world, through your Son, Jesus Christ, our Saviour and Lord. Amen.

Naaman, a Syrian general, suffers from leprosy. In this passage Elisha miraculously cures his illness, but only after Naaman realizes, with the help of his servants, that he also needs healing for his pride.

1Naaman, commander of the army of the king of Aram, was a great man and in high favor with his master, because by him the Lord had given victory to Aram. The man, though a mighty warrior, suffered from leprosy. 2Now the Arameans on one of their raids had taken a young girl captive from the land of Israel, and she served Naaman’s wife. 3She said to her mistress, “If only my lord were with the prophet who is in Samaria! He would cure him of his leprosy.” 4So Naaman went in and told his lord just what the girl from the land of Israel had said. 5And the king of Aram said, “Go then, and I will send along a letter to the king of Israel.”
He went, taking with him ten talents of silver, six thousand shekels of gold, and ten sets of garments. 6He brought the letter to the king of Israel, which read, “When this letter reaches you, know that I have sent to you my servant Naaman, that you may cure him of his leprosy.” 7When the king of Israel read the letter, he tore his clothes and said, “Am I God, to give death or life, that this man sends word to me to cure a man of his leprosy? Just look and see how he is trying to pick a quarrel with me.”
8But when Elisha the man of God heard that the king of Israel had torn his clothes, he sent a message to the king, “Why have you torn your clothes? Let him come to me, that he may learn that there is a prophet in Israel.” 9So Naaman came with his horses and chariots, and halted at the entrance of Elisha’s house. 10Elisha sent a messenger to him, saying, “Go, wash in the Jordan seven times, and your flesh shall be restored and you shall be clean.” 11But Naaman became angry and went away, saying, “I thought that for me he would surely come out, and stand and call on the name of the Lord his God, and would wave his hand over the spot, and cure the leprosy! 12Are not Abana and Pharpar, the rivers of Damascus, better than all the waters of Israel? Could I not wash in them, and be clean?” He turned and went away in a rage. 13But his servants approached and said to him, “Father, if the prophet had commanded you to do something difficult, would you not have done it? How much more, when all he said to you was, ‘Wash, and be clean’?” 14So he went down and immersed himself seven times in the Jordan, according to the word of the man of God; his flesh was restored like the flesh of a young boy, and he was clean.

In the close of his letter to the Galatians, Paul encourages them to live as people made right with God through faith in Jesus Christ. Here Paul offers practical advice about how believers exercise common concern for one other in “the family of faith.”

[1My friends, if anyone is detected in a transgression, you who have received the Spirit should restore such a one in a spirit of gentleness. Take care that you yourselves are not tempted. 2Bear one another’s burdens, and in this way you will fulfill the law of Christ. 3For if those who are nothing think they are something, they deceive themselves. 4All must test their own work; then that work, rather than their neighbor’s work, will become a cause for pride. 5For all must carry their own loads.
6Those who are taught the word must share in all good things with their teacher.]
7Do not be deceived; God is not mocked, for you reap whatever you sow. 8If you sow to your own flesh, you will reap corruption from the flesh; but if you sow to the Spirit, you will reap eternal life from the Spirit. 9So let us not grow weary in doing what is right, for we will reap at harvest time, if we do not give up. 10So then, whenever we have an opportunity, let us work for the good of all, and especially for those of the family of faith.
11See what large letters I make when I am writing in my own hand! 12It is those who want to make a good showing in the flesh that try to compel you to be circumcised—only that they may not be persecuted for the cross of Christ. 13Even the circumcised do not themselves obey the law, but they want you to be circumcised so that they may boast about your flesh. 14May I never boast of anything except the cross of our Lord Jesus Christ, by which the world has been crucified to me, and I to the world. 15For neither circumcision nor uncircumcision is anything; but a new creation is everything! 16As for those who will follow this rule—peace be upon them, and mercy, and upon the Israel of God.

Jesus commissions harvesters and labourers to go where he would go and do what he would do. Risking hardship and danger in exchange for the experience of great joy, they offer peace and healing as signs that the reign of God is near.

1After this the Lord appointed seventy others and sent them on ahead of him in pairs to every town and place where he himself intended to go. 2He said to them, “The harvest is plentiful, but the laborers are few; therefore ask the Lord of the harvest to send out laborers into his harvest. 3Go on your way. See, I am sending you out like lambs into the midst of wolves. 4Carry no purse, no bag, no sandals; and greet no one on the road. 5Whatever house you enter, first say, ‘Peace to this house!’ 6And if anyone is there who shares in peace, your peace will rest on that person; but if not, it will return to you. 7Remain in the same house, eating and drinking whatever they provide, for the laborer deserves to be paid. Do not move about from house to house. 8Whenever you enter a town and its people welcome you, eat what is set before you; 9cure the sick who are there, and say to them, ‘The kingdom of God has come near to you.’ 10But whenever you enter a town and they do not welcome you, go out into its streets and say, 11‘Even the dust of your town that clings to our feet, we wipe off in protest against you. Yet know this: the kingdom of God has come near.’ ”

17The seventy returned with joy, saying, “Lord, in your name even the demons submit to us!” 18He said to them, “I watched Satan fall from heaven like a flash of lightning. 19See, I have given you authority to tread on snakes and scorpions, and over all the power of the enemy; and nothing will hurt you. 20Nevertheless, do not rejoice at this, that the spirits submit to you, but rejoice that your names are written in heaven.”