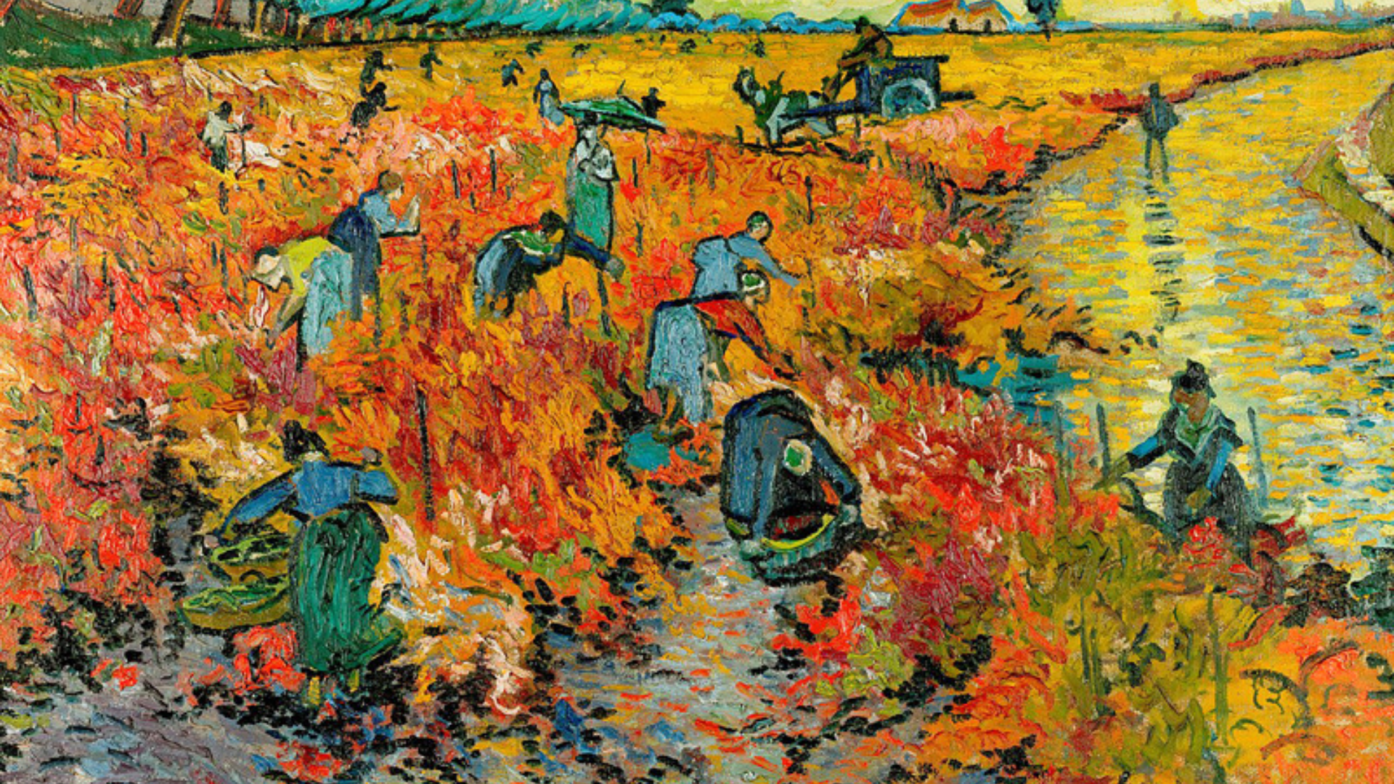 The word of God is a refining fire. Jesus is the great divide in human history. He invites our undivided attention and devotion. Today in worship we are surrounded by a great “cloud of witnesses.” In the word and in holy communion we are invited yet again to look to Jesus, “the pioneer and perfecter of our faith.”

O God, judge eternal, you love justice and hate oppression, and you call us to share your zeal for truth. Give us courage to take our stand with all victims of bloodshed and greed, and, following your servants and prophets, to look to the pioneer and perfecter of our faith, your Son, Jesus Christ, our Saviour and Lord., who reigns with you and the Holy Spirit, one God, now and for ever. Amen.

Because Jeremiah preaches the unpopular message of God’s judgment, he suffers rejection. Today’s reading distinguishes between the true prophet, like Jeremiah, who speaks God’s word, and the false prophet who misleads the people through dreams. One is like wheat; the other like worthless straw.

23Am I a God near by, says the Lord, and not a God far off? 24Who can hide in secret places so that I cannot see them? says the Lord. Do I not fill heaven and earth? says the Lord. 25I have heard what the prophets have said who prophesy lies in my name, saying, “I have dreamed, I have dreamed!” 26How long? Will the hearts of the prophets ever turn back—those who prophesy lies, and who prophesy the deceit of their own heart? 27They plan to make my people forget my name by their dreams that they tell one another, just as their ancestors forgot my name for Baal. 28Let the prophet who has a dream tell the dream, but let the one who has my word speak my word faithfully. What has straw in common with wheat? says the Lord. 29Is not my word like fire, says the Lord, and like a hammer that breaks a rock in pieces?

1God stands to charge the divine coun- | cil assembled,
giving judgment in the midst | of the gods:
2“How long will you | judge unjustly,
and show favor | to the wicked?
3Save the weak | and the orphan;
defend the hum- | ble and needy;
4rescue the weak | and the poor;
deliver them from the power | of the wicked. R
5They do not know, neither do they understand; they wander a- | bout in darkness;
all the foundations of the | earth are shaken.
6Now I say to you, | ‘You are gods,
and all of you children of | the Most High;
7nevertheless, you shall | die like mortals,
and fall like | any prince.’ ”
8Arise, O God, and | rule the earth,
for you shall take all nations | for your own. R

The author of Hebrews presents us with rich stories of faith. In a long list of biblical heroes, we find examples of trust in God that enabled them to face the trials of life faithfully. In addition to this “cloud of witnesses,” we have Jesus, the perfect model of faithful endurance.

29By faith the people passed through the Red Sea as if it were dry land, but when the Egyptians attempted to do so they were drowned. 30By faith the walls of Jericho fell after they had been encircled for seven days. 31By faith Rahab the prostitute did not perish with those who were disobedient, because she had received the spies in peace.
32And what more should I say? For time would fail me to tell of Gideon, Barak, Samson, Jephthah, of David and Samuel and the prophets—33who through faith conquered kingdoms, administered justice, obtained promises, shut the mouths of lions, 34quenched raging fire, escaped the edge of the sword, won strength out of weakness, became mighty in war, put foreign armies to flight. 35Women received their dead by resurrection. Others were tortured, refusing to accept release, in order to obtain a better resurrection. 36Others suffered mocking and flogging, and even chains and imprisonment. 37They were stoned to death, they were sawn in two, they were killed by the sword; they went about in skins of sheep and goats, destitute, persecuted, tormented—38of whom the world was not worthy. They wandered in deserts and mountains, and in caves and holes in the ground.
39Yet all these, though they were commended for their faith, did not receive what was promised, 40since God had provided something better so that they would not, apart from us, be made perfect.
12:1Therefore, since we are surrounded by so great a cloud of witnesses, let us also lay aside every weight and the sin that clings so closely, and let us run with perseverance the race that is set before us, 2looking to Jesus the pioneer and perfecter of our faith, who for the sake of the joy that was set before him endured the cross, disregarding its shame, and has taken his seat at the right hand of the throne of God.

Jesus delivers harsh words about the purifying and potentially divisive effects of obedience to God’s call. The way of the cross often leads followers to encounter hostility and rejection, even from those they love.

[Jesus said:] 49“I came to bring fire to the earth, and how I wish it were already kindled! 50I have a baptism with which to be baptized, and what stress I am under until it is completed! 51Do you think that I have come to bring peace to the earth? No, I tell you, but rather division! 52From now on five in one household will be divided, three against two and two against three; 53they will be divided:
father against son
and son against father,
mother against daughter
and daughter against mother,
mother-in-law against her daughter-in-law
and daughter-in-law against mother-in-law.”
54He also said to the crowds, “When you see a cloud rising in the west, you immediately say, ‘It is going to rain’; and so it happens. 55And when you see the south wind blowing, you say, ‘There will be scorching heat’; and it happens. 56You hypocrites! You know how to interpret the appearance of earth and sky, but why do you not know how to interpret the present time?”

The prophet sings about a beautiful vineyard, carefully planted and cultivated, that nevertheless yields wild grapes. The owner therefore determines to destroy the vineyard, which represents the sinful people of Israel and Judah.

1Let me sing for my beloved
my love-song concerning his vineyard:
My beloved had a vineyard
on a very fertile hill.
2He dug it and cleared it of stones,
and planted it with choice vines;
he built a watchtower in the midst of it,
and hewed out a wine vat in it;
he expected it to yield grapes,
but it yielded wild grapes.
3And now, inhabitants of Jerusalem
and people of Judah,
judge between me
and my vineyard.
4What more was there to do for my vineyard
that I have not done in it?
When I expected it to yield grapes,
why did it yield wild grapes?
5And now I will tell you
what I will do to my vineyard.
I will remove its hedge,
and it shall be devoured;
I will break down its wall,
and it shall be trampled down.
6I will make it a waste;
it shall not be pruned or hoed,
and it shall be overgrown with briers and thorns;
I will also command the clouds
that they rain no rain upon it.
7For the vineyard of the Lord of hosts
is the house of Israel,
and the people of Judah
are his pleasant planting;
he expected justice,
but saw bloodshed;
righteousness,
but heard a cry!

1Hear, O Shepherd of Israel, leading Joseph | like a flock;
shine forth, you that are enthroned up- | on the cherubim.
2In the presence of Ephraim, Benjamin, | and Manasseh,
stir up your strength and | come to help us.
8You have brought a vine | out of Egypt;
you cast out the nations and | planted it.
9You cleared the | ground for it;
it took root and | filled the land.
10The mountains were covered | by its shadow
and the towering cedar trees | by its boughs.
11You stretched out its tendrils | to the sea
and its branches | to the river. R
12Why have you broken | down its wall,
so that all who pass by pluck | off its grapes?
13The wild boar of the forest has | ravaged it,
and the beasts of the field have | grazed upon it.
14Turn now, O | God of hosts,
look | down from heaven;
15behold and | tend this vine;
preserve what your right | hand has planted. R
16They burn it with | fire like rubbish;
at the rebuke of your countenance | let them perish.
17Let your hand be upon the one at | your right hand,
the one you have made so strong | for yourself.
18And so will we never turn a- | way from you;
give us life, that we may call up- | on your name.
19Restore us, O Lord| God of hosts;
let your face shine upon us, and we | shall be saved. R