Prayers, readings, and resources for the week of Sunday, September 13 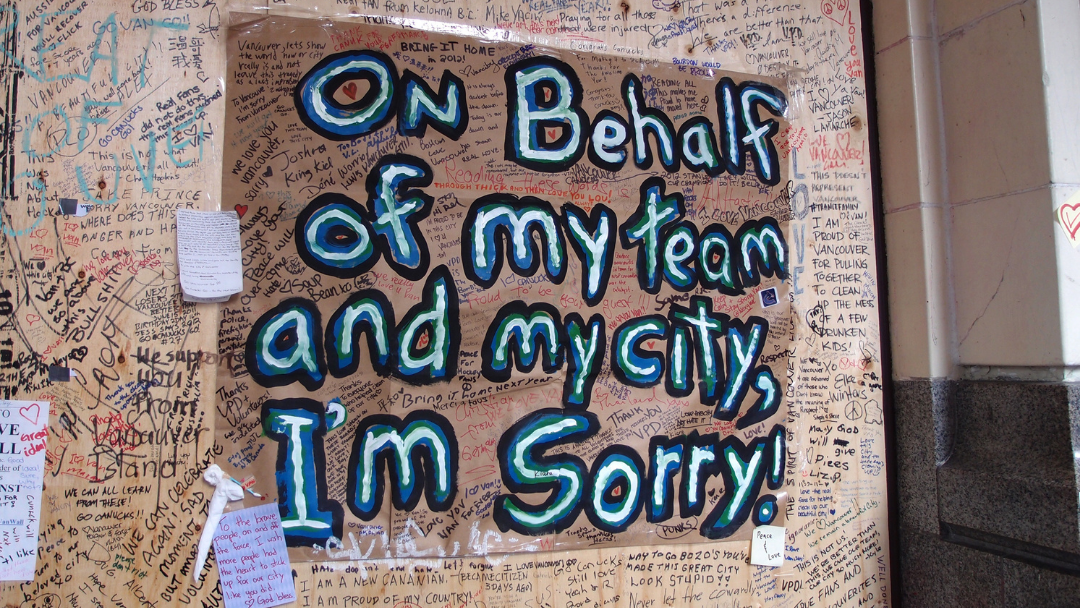 In today’s second reading Paul questions why we judge one another, since we all stand before the judgment of God. Yet we do sin against one another, and Jesus’ challenge that we forgive seventy-seven times reveals God’s boundless mercy. When we hear the words of forgiveness in worship and sign ourselves with the cross, we are renewed in baptism to be signs of reconciliation in the world.

Almighty God, you call your Church to witness that in Christ we are reconciled to you. Help us so to proclaim the good news of your love, that all who hear it may turn to you; through Jesus Christ our Lord, who lives and reigns with you and the Holy Spirit, one God, now and for ever. Amen.

Having decided to let the Israelites go from Egypt, Pharaoh had second thoughts and sent his army after them (14:5-8). Though the passage through the Red Sea became a sign of salvation for the people of Israel, Pharaoh’s forces drowned in the waters. As a result the Israelites believed in the Lord and in the Lord’s servant Moses.

19The angel of God who was going before the Israelite army moved and went behind them; and the pillar of cloud moved from in front of them and took its place behind them. 20It came between the army of Egypt and the army of Israel. And so the cloud was there with the darkness, and it lit up the night; one did not come near the other all night.
21Then Moses stretched out his hand over the sea. The Lord drove the sea back by a strong east wind all night, and turned the sea into dry land; and the waters were divided. 22The Israelites went into the sea on dry ground, the waters forming a wall for them on their right and on their left. 23The Egyptians pursued, and went into the sea after them, all of Pharaoh’s horses, chariots, and chariot drivers. 24At the morning watch the Lord in the pillar of fire and cloud looked down upon the Egyptian army, and threw the Egyptian army into panic. 25He clogged their chariot wheels so that they turned with difficulty. The Egyptians said, “Let us flee from the Israelites, for the Lord is fighting for them against Egypt.”

26Then the Lord said to Moses, “Stretch out your hand over the sea, so that the water may come back upon the Egyptians, upon their chariots and chariot drivers.” 27So Moses stretched out his hand over the sea, and at dawn the sea returned to its normal depth. As the Egyptians fled before it, the Lord tossed the Egyptians into the sea. 28The waters returned and covered the chariots and the chariot drivers, the entire army of Pharaoh that had followed them into the sea; not one of them remained. 29But the Israelites walked on dry ground through the sea, the waters forming a wall for them on their right and on their left.
30Thus the Lord saved Israel that day from the Egyptians; and Israel saw the Egyptians dead on the seashore. 31Israel saw the great work that the Lord did against the Egyptians. So the people feared the Lord and believed in the Lord and in his servant Moses.

This Christian community has significant struggles with diversity. Here Paul helps us understand that despite different practices in worship and personal piety, we do not judge one another. All Christians belong to the Lord Jesus Christ who died for all of us and will judge each of us.

1Welcome those who are weak in faith, but not for the purpose of quarreling over opinions. 2Some believe in eating anything, while the weak eat only vegetables. 3Those who eat must not despise those who abstain, and those who abstain must not pass judgment on those who eat; for God has welcomed them. 4Who are you to pass judgment on servants of another? It is before their own lord that they stand or fall. And they will be upheld, for the Lord is able to make them stand.
5Some judge one day to be better than another, while others judge all days to be alike. Let all be fully convinced in their own minds. 6Those who observe the day, observe it in honor of the Lord. Also those who eat, eat in honor of the Lord, since they give thanks to God; while those who abstain, abstain in honor of the Lord and give thanks to God.
7We do not live to ourselves, and we do not die to ourselves. 8If we live, we live to the Lord, and if we die, we die to the Lord; so then, whether we live or whether we die, we are the Lord’s. 9For to this end Christ died and lived again, so that he might be Lord of both the dead and the living.
10Why do you pass judgment on your brother or sister? Or you, why do you despise your brother or sister? For we will all stand before the judgment seat of God. 11For it is written,
“As I live, says the Lord, every knee shall bow to me,
and every tongue shall give praise to God.”
12So then, each of us will be accountable to God.

When Peter asks about the limits of forgiveness, Jesus responds with a parable that suggests human forgiveness should mirror the unlimited mercy of God.

21Peter came and said to [Jesus], “Lord, if another member of the church sins against me, how often should I forgive? As many as seven times?” 22Jesus said to him, “Not seven times, but, I tell you, seventy-seven times.
23“For this reason the kingdom of heaven may be compared to a king who wished to settle accounts with his slaves. 24When he began the reckoning, one who owed him ten thousand talents was brought to him; 25and, as he could not pay, his lord ordered him to be sold, together with his wife and children and all his possessions, and payment to be made. 26So the slave fell on his knees before him, saying, ‘Have patience with me, and I will pay you everything.’ 27And out of pity for him, the lord of that slave released him and forgave him the debt. 28But that same slave, as he went out, came upon one of his fellow slaves who owed him a hundred denarii; and seizing him by the throat, he said, ‘Pay what you owe.’ 29Then his fellow slave fell down and pleaded with him, ‘Have patience with me, and I will pay you.’ 30But he refused; then he went and threw him into prison until he would pay the debt. 31When his fellow slaves saw what had happened, they were greatly distressed, and they went and reported to their lord all that had taken place. 32Then his lord summoned him and said to him, ‘You wicked slave! I forgave you all that debt because you pleaded with me. 33Should you not have had mercy on your fellow slave, as I had mercy on you?’ 34And in anger his lord handed him over to be tortured until he would pay his entire debt. 35So my heavenly Father will also do to every one of you, if you do not forgive your brother or sister from your heart.”

The prayers are prepared locally for each occasion. The following examples may be adapted or used as appropriate.

Drawn together in the compassion of God, we pray for the church, the world, and all those in need.

You welcome us when we are weak in faith. Uphold your church throughout the world; make it a place of welcome. Strengthen faith through Bible studies and Sunday schools, confirmation classes and youth ministries. Nurture new ministries of education and growth (especially). Lord, in your mercy,
hear our prayer.

The heights of the heavens show us the vastness of your steadfast love. Have compassion on your creation. Where human selfishness has brought ruin and destruction, we look to you to heal, renew, and redeem your world. Lord, in your mercy,
hear our prayer.

Make your ways known to the nations. Speak kindness to our bitter grudges. Settle our hearts when we want to settle accounts with violence. Bless our leaders with patience and wisdom (especially). Lord, in your mercy,
hear our prayer.

Bring healing and justice wherever harm is dealt. Provide vindication for all who are oppressed. Free victims of human trafficking and forced labor; deliver all who are bound by debt. Feed all who hunger, and guard refugees fleeing famine, poverty, and war. Lord, in your mercy,
hear our prayer.

Teach us to forgive. Remind us that you do not always accuse us. Still our tongues when we are tempted to pass judgment and argue over opinions. Make this congregation a community of mercy for one another and for all our neighbors. Lord, in your mercy,
hear our prayer.

Whether we live or whether we die, we are yours. We thank you for those who have showed us faithfulness, for the knees that taught us how to bow to you and the tongues that taught us to praise you (especially John Chrysostom, Bishop of Constantinople, whom we commemorate today). Lord, in your mercy,
hear our prayer.

All these things and whatever else you see that we need, we entrust to your mercy; through Christ our Lord.
Amen.

Eve of Precedence: The second Eve of Sunday takes precedence over the first Eve of Holy Cross unless it is the Feast of Title and will be celebrated on Monday instead of being transferred to Sunday.

Image: "Apology from the 'wall of shame' in Vancouver." (Created after the riots in the city of Vancouver after the Stanley Cup loss in 2011.) Mural, 2011, Vancouver, BC, Canada.