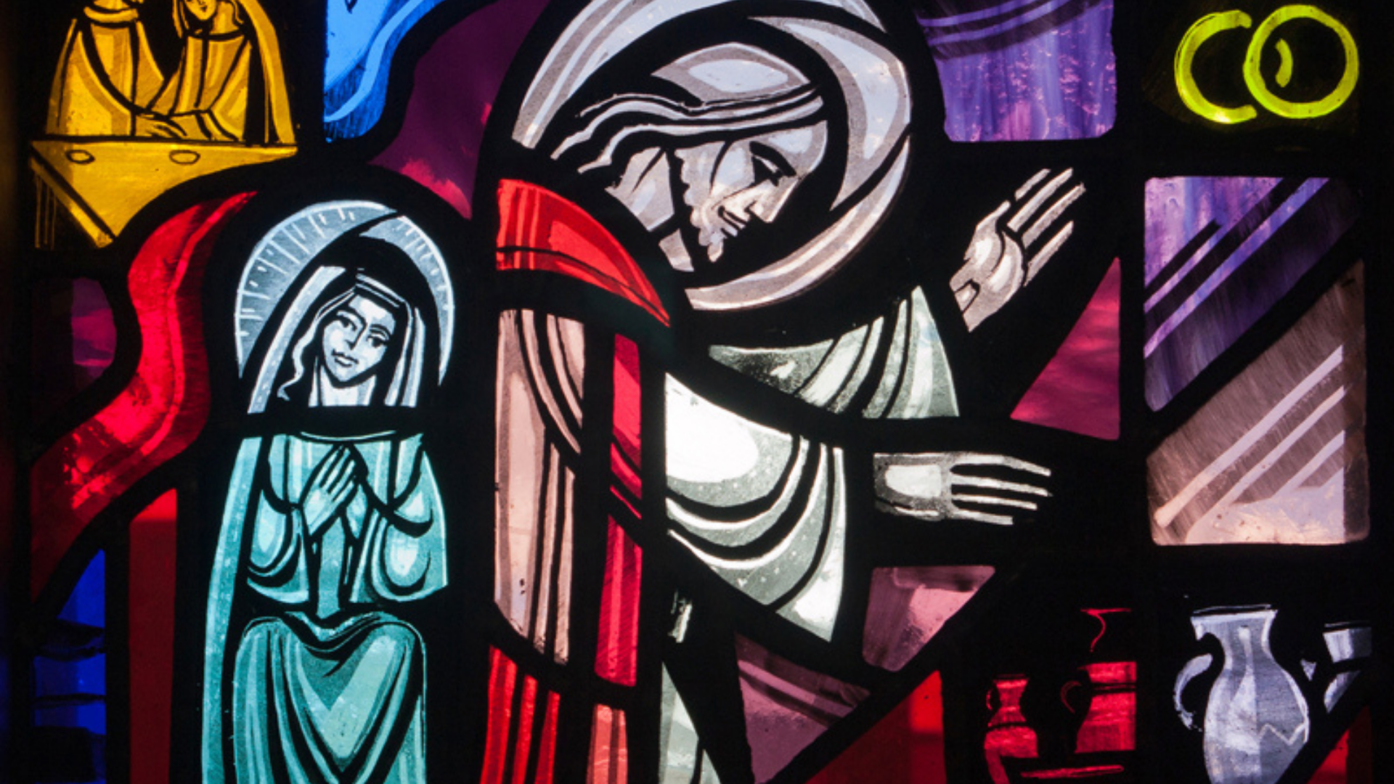 The Sundays after Epiphany continue to celebrate the revelation of God’s glory to us as it was made known to the magi and to those on Jordan’s banks at Jesus’ baptism—today using wedding imagery. Our God rejoices over God’s people as those being married rejoice over one another. By the power of the Spirit there are gifts galore for everyone. In Christ Jesus the best wine is saved for last. Taste and see.

O God of steadfast love, at the wedding in Cana your Son Jesus turned water into wine, delighting all who were there. Transform our hearts by your Spirit, so that we may show forth the light of your love as one body in Christ, who with the Father and the Holy Spirit, reigns for ever, one God. Amen.

The people’s return to Judah after the exile was marred by economic and political troubles. Nevertheless, the prophet declares, Jerusalem and Judah will be restored. God will rejoice over Jerusalem as a bridegroom rejoices over the bride, and the people are called to the celebration.

1For Zion’s sake I will not keep silent,
and for Jerusalem’s sake I will not rest,
until her vindication shines out like the dawn,
and her salvation like a burning torch.
2The nations shall see your vindication,
and all the kings your glory;
and you shall be called by a new name
that the mouth of the Lord will give.
3You shall be a crown of beauty in the hand of the Lord,
and a royal diadem in the hand of your God.
4You shall no more be termed Forsaken,
and your land shall no more be termed Desolate;
but you shall be called My Delight Is in Her,
and your land Married;
for the Lord delights in you,
and your land shall be married.
5For as a young man marries a young woman,
so shall your builder marry you,
and as the bridegroom rejoices over the bride,
so shall your God rejoice over you.

5Your love, O Lord, reaches | to the heavens,
and your faithfulness | to the clouds.
6Your righteousness is like the strong mountains, your justice like | the great deep;
you save humankind and ani- | mals, O Lord. R
7How priceless is your | love, O God!
All people take refuge under the shadow | of your wings.
8They feast upon the abundance | of your house;
you give them drink from the river of | your delights.
9For with you is the | well of life,
and in your light | we see light.
10Continue your lovingkindness to | those who know you,
and your favor to those who are | true of heart. R

The congregation at Corinth experienced division as people were comparing their spiritual gifts, thinking some to be superior to others. Paul invites this fractured community to trust that God’s Holy Spirit has gifted them all perfectly for their mission together.

Turning water to wine at the wedding at Cana is described as the first of Jesus’ signs. Through many such epiphanies, Jesus reveals that he bears God’s creative power and joyful presence into the world.

1On the third day there was a wedding in Cana of Galilee, and the mother of Jesus was there. 2Jesus and his disciples had also been invited to the wedding. 3When the wine gave out, the mother of Jesus said to him, “They have no wine.” 4And Jesus said to her, “Woman, what concern is that to you and to me? My hour has not yet come.” 5His mother said to the servants, “Do whatever he tells you.” 6Now standing there were six stone water jars for the Jewish rites of purification, each holding twenty or thirty gallons. 7Jesus said to them, “Fill the jars with water.” And they filled them up to the brim. 8He said to them, “Now draw some out, and take it to the chief steward.” So they took it. 9When the steward tasted the water that had become wine, and did not know where it came from (though the servants who had drawn the water knew), the steward called the bridegroom 10and said to him, “Everyone serves the good wine first, and then the inferior wine after the guests have become drunk. But you have kept the good wine until now.” 11Jesus did this, the first of his signs, in Cana of Galilee, and revealed his glory; and his disciples believed in him.

Annual Report for Vestry Deadline: Sunday, March 1 STUDY GROUP for LENT at St. John’s HAVE YOU SEEN THIS MAN?