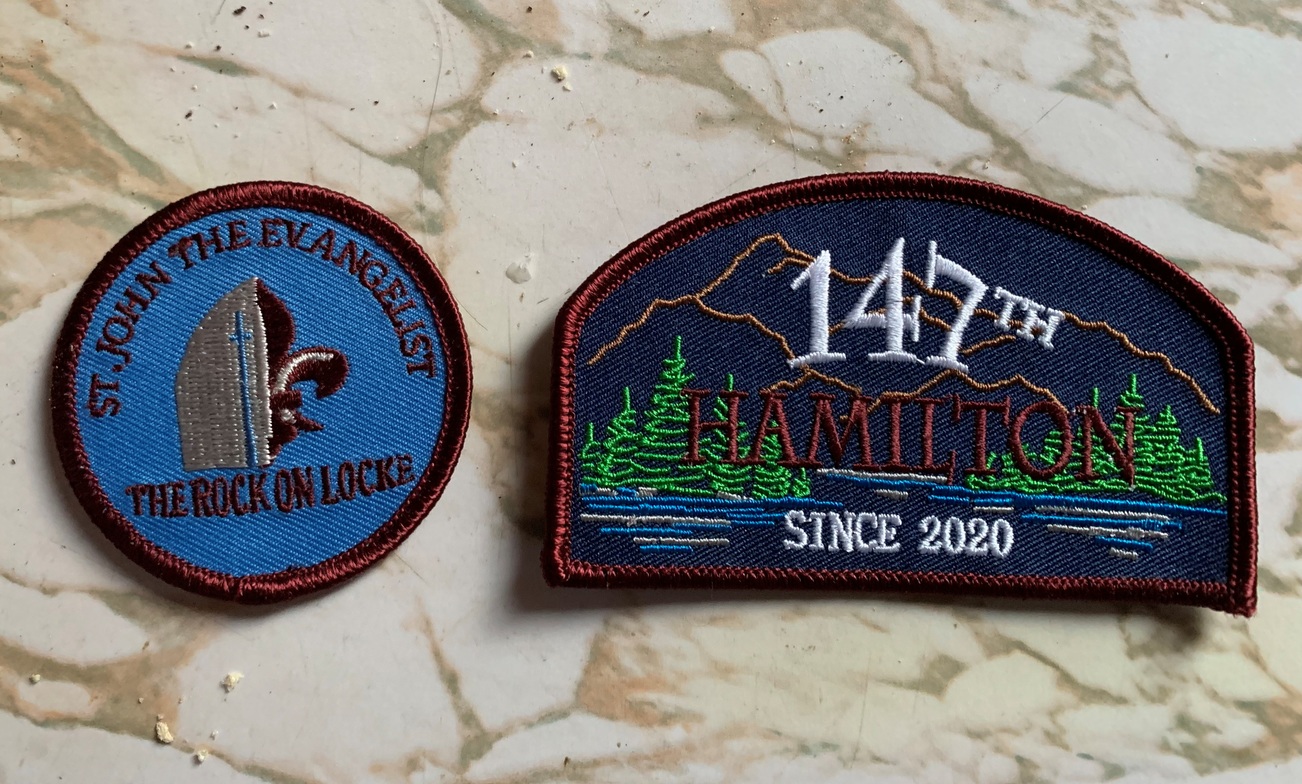 We received these at our Cub meeting last night. The inner city Scouting group was looking for a new venue and needed more leaders so it joined the 47th in the early Fall of 2020. After a year of a partnership with the 47th we decided to amalgamate the two groups. So the 14th and the 47th have become the 147th Hamilton Scouting Group.

The blue and white of the 14th have been incorporated into the blue and maroon of the 47th.

Better still, the Rock on Locke symbol now dominates the neckerchief badge. How proud John Lidgey and his father, Ralph Lidgey, who played no small part in founding the 47th and Camp Artaban, would be with this badge. Both generations of Lidgey’s were passionate about youth ministry,  as were other families that were involved in both endeavours.

And so, their legacy continues. Twenty one years ago, this would have made John’s day!